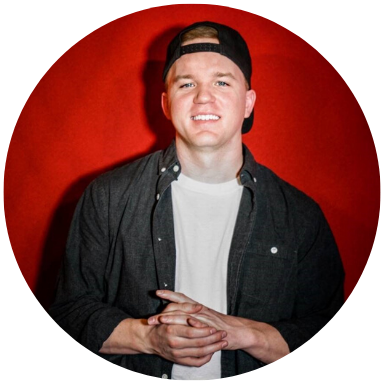 A Native of Sherwood, Arkansas, Baker Grissom, moved to Nashville in 2014 to pursue a childhood dream of writing songs like the ones he heard on the radio. Grissom vividly remembers falling in love with country music for the first time while riding with his dad to his dirt track races. Grissom recalls, “Dad would always turn the volume up a couple notches when George Strait came on.”

Shortly after moving to town, Baker began cutting his teeth in the local Nashville club scene, spending most every night attending and playing any gig he could. He eventually began co-hosting a writer’s night of his own, The Nashville Gunslingers.

In 2018, Grissom was introduced to fellow Arkansan, Adam Hambrick, after winning a local songwriting competition. Hambrick quickly introduced Baker to RED Creative Group, who signed him to a publishing deal just a few months later.

Since signing at RED, Baker has collaborated with songwriting greats such as Casey Beathard, Mark Irwin, Cole Taylor, Big Al Anderson, and Wynn Varble. In the summer of 2019 Baker released his debut EP, titled Saturdays And Sunday, catching the attention of many tastemakers in the country music industry. That Fall, Baker began touring some with Hambrick, Jon Langston and other great country acts.

Grissom is currently in the studio finalizing his upcoming single release slated for the Spring of 2020.