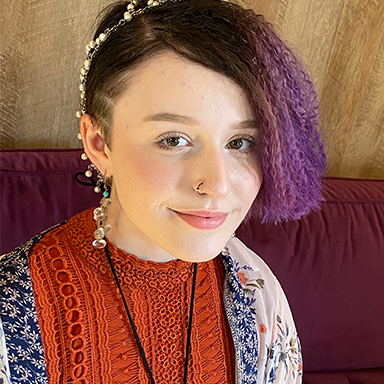 Rolling Stone called 16-year-old EmiSunshine one of “10 new country artists you need to know,” but she is much more than that. Raised in a musical family in the Smoky Mountains of East Tennessee, her influences include bluegrass, gospel, blues, rock and Americana. She has described her style as “old-time music turned upside-down,” often exploring other genres and unusual themes.

Recently, Emi co-wrote and recorded the song “Stars” with funk legend Bootsy Collins, released in association with BMI and the Recording Academy to raise money for the MusiCares COVID-19 Relief Fund. Sounds Like Nashville called the project, with its message of hope and love, “a timely and important collaboration.”

A true prodigy, Emi began writing songs at the age of 5, with help from her mother, Alisha Hamilton, with whom she still regularly writes. As is common in Appalachian music, many of her songs deal with dark themes like murder, domestic violence and addiction, but she is equally drawn to positive stories that celebrate equality and encourage the downtrodden. Her ideas come from many sources, including watching the news and sometimes even listening to other people’s conversations. “I don’t intentionally eavesdrop, but sometimes it just happens,” she admits.

She has been attracting national attention since age 9, appearing on “Today,” NBC’s “Little Big Shots,” “Pickler & Ben,” “Music City Roots,” the Grand Ole Opry and more. In 2018, she was featured in the Grammy-nominated Elvis Presley documentary “The King,” for which she wrote and performed two original songs, “Johnny, June and Jesus” and “Danny Ray.” In 2019, Emi received The ASCAP Foundation Desmond Child Anthem Award, which was established by acclaimed producer Desmond Child, who called her “one of the most talented up-and-coming artists and songwriters I've ever heard in American music.”