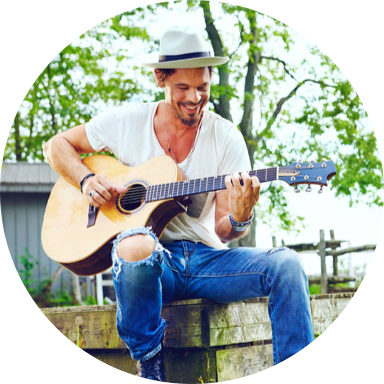 Born and raised in Toronto, Thornley studied jazz music at Boston's Berklee College of Music in the 1990s, and formed the band Big Wreck in 1993 with classmates David Henning, Brian Doherty, and Forrest Williams. They soon relocated from Boston to Toronto and eventually signed a US record deal with Atlantic Records. Their 1997 debut album, In Loving Memory Of..., was a significant hit that year on rock radio in both Canada and the United States. Big Wreck released a follow-up in 2001 called The Pleasure and the Greed, but went on to break up in 2002.

Thornley subsequently returned to Toronto, where he played as a session musician on albums by Nickelback, Sarah Harmer and Stephen Fearing before launching a new band, Thornley, who released one album, Come Again, in 2004. His follow-up record to Come Again, titled Tiny Pictures, was released in Canada on February 10, 2009 via 604 Records. The album was produced and mixed by Nick Raskulinecz.

Ian Thornley left 604 records in 2011 and signed with Anthem/SRO. During this time, he reunited with his former Big Wreck band mate, Brian Doherty, to resurrect the group. They then began work on a new album entitled Albatross, which was released on March 6, 2012. His group started touring around Canada known as Big Wreck from April 2012 until present time. Albatross debuted at #5 on the Top 200 SoundScan chart in Canada, hit #25 on the US Billboard HeatSeekers chart and garnered the band two CASBY Awards. Big Wreck sold out a slew of Canadian shows throughout 2012 and 2013, becoming the first Canadian band to hit #1 on the Canadian rock radio charts with the lead single “Albatross” in over a year, holding the #1 spot for six weeks. The follow-up track “Wolves” charted top 5 at rock radio, and Big Wreck was nominated for Rock Album of the Year at the 2013 JUNO awards.

Their 2014 release Ghosts debuted at #5 on the Canadian Albums Chart and #4 on the Billboard Heatseekers Chart, the band's highest position on that chart in their history. After a string of sold out tour dates in support of the release, the band is once again nominated for a JUNO Award for Rock Album of the Year at the 2015 JUNO Awards. The album has since been released in the US and South Africa, and has received a great deal of critical acclaim.