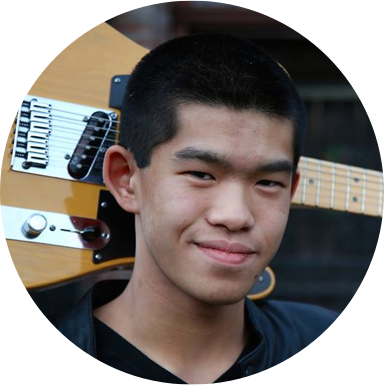 Appearing on most RBF music videos, his absence from "Don't Start A Band" confused many fans. Wong could not attend filming of this video because he had to attend his grandfather's funeral in Hawaii.

His younger sister appears on the cover of the band's first album, Everything Sucks, with a dog's snout in her mouth.

In June 2007, Wong decided to leave the band in favor of fatherhood and his family. His last time performing was during the 2007 Europe Tour; however, his last appearance with the band was at the August 1st show in Orange County during the Shout It Out Loud Tour, to give good wishes to his bandmates and fans. He was replaced by Derek Gibbs.

Wong played the MMORPG City of Heroes, along with Trombone player Dan Regan.

He currently resides in Westminster,California.