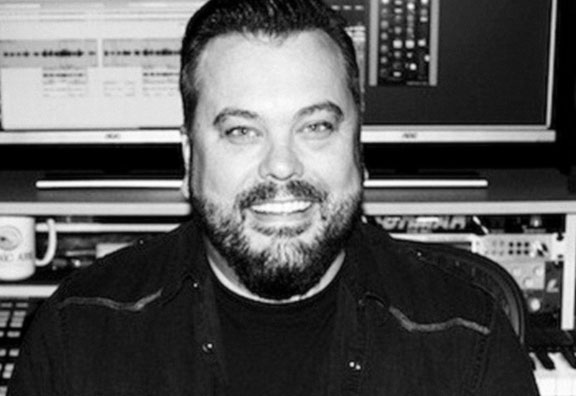 19 November 2019 (NASHVILLE, TN) – Anthem Entertainment, one of the world’s leading independent music and entertainment content and services companies, is pleased to announce that Noah Dewey has joined the team as Senior Director of Creative. Noah will report directly to Tim Wipperman, President of Anthem Music Publishing Nashville, and work with Anthem’s key […]

19 November 2019 (NASHVILLE, TN) – Anthem Entertainment, one of the world's leading independent music and entertainment content and services companies, is pleased to announce that Noah Dewey has joined the team as Senior Director of Creative. Noah will report directly to Tim Wipperman, President of Anthem Music Publishing Nashville, and work with Anthem’s key songwriters and catalogs in growing their creative activities in Nashville. Prior to Anthem, Noah was the Senior Creative Director at BMG.

“Noah is the perfect addition to our creative staff. He'll work alongside our creative head, Tim Hunze, and brings a tremendously valuable skill set to service our writers,” commented Tim Wipperman, President of Anthem Music Publishing Nashville. “His deep relationships with artists, producers, and record company people are exactly what we want, to become a great home for our writers.”

Industry veteran Noah Dewey grew up on Music Row in Nashville - after elementary school every day, he would head directly to the Tree Publishing Company (SONY/ATV) studio, where his mother worked. Noah got his first official start in the industry as an assistant engineer/ Studio Manager at Warner Brothers Records recording studio “The Loft”. He then worked for Barbara Orbison at Still Working Music before moving to Los Angeles to work with Disney Music Publishing. While at Disney, Noah was instrumental in promoting his writers by casting their songs for High School Musical and The Cheetah Girls. Longing to get back to Nashville and the songwriting community he loved, Noah returned and signed songwriter Matt Ramsey (Old Dominion) to a publishing deal at his new company, Sonic Ark. After three years of work, the relationship paid off with five #1 singles, including cuts from artists such as Dierks Bentley, Luke Bryan, Kenny Chesney, Steve Holy, Craig Morgan, Scotty McCreery, and Old Dominion. Noah then joined Magic Mustang Publishing, a division of Broken Bow Records, as Senior Creative Director. While there he helped develop hit writers and cast songs for major artists on the label. When BMG bought Broken Bow Records/Magic Mustang Publishing, Noah was the only one retained from Magic Mustang. In his tenure at Magic Mustang/BMG, he garnered over 40 cuts and two #1 singles for the company, while developing and directing the careers of his writers.

Anthem Entertainment is comprised of a music publishing division, recorded music label, production music division, and a leading film and television audio-visual secondary rights (AVSR) management company. Anthem Entertainment operates offices in New York, Los Angeles, London, Nashville, and Toronto with a team of approximately 200 dedicated industry professionals. We support artists, create content, and provide entertainment services around the world. As technology and entertainment evolve, we work hard to create and maximize opportunities for our talent and our clients. Our difference: an approach that combines the resources, power, and reach of a major with the agility, entrepreneurism, and soul of an indie.