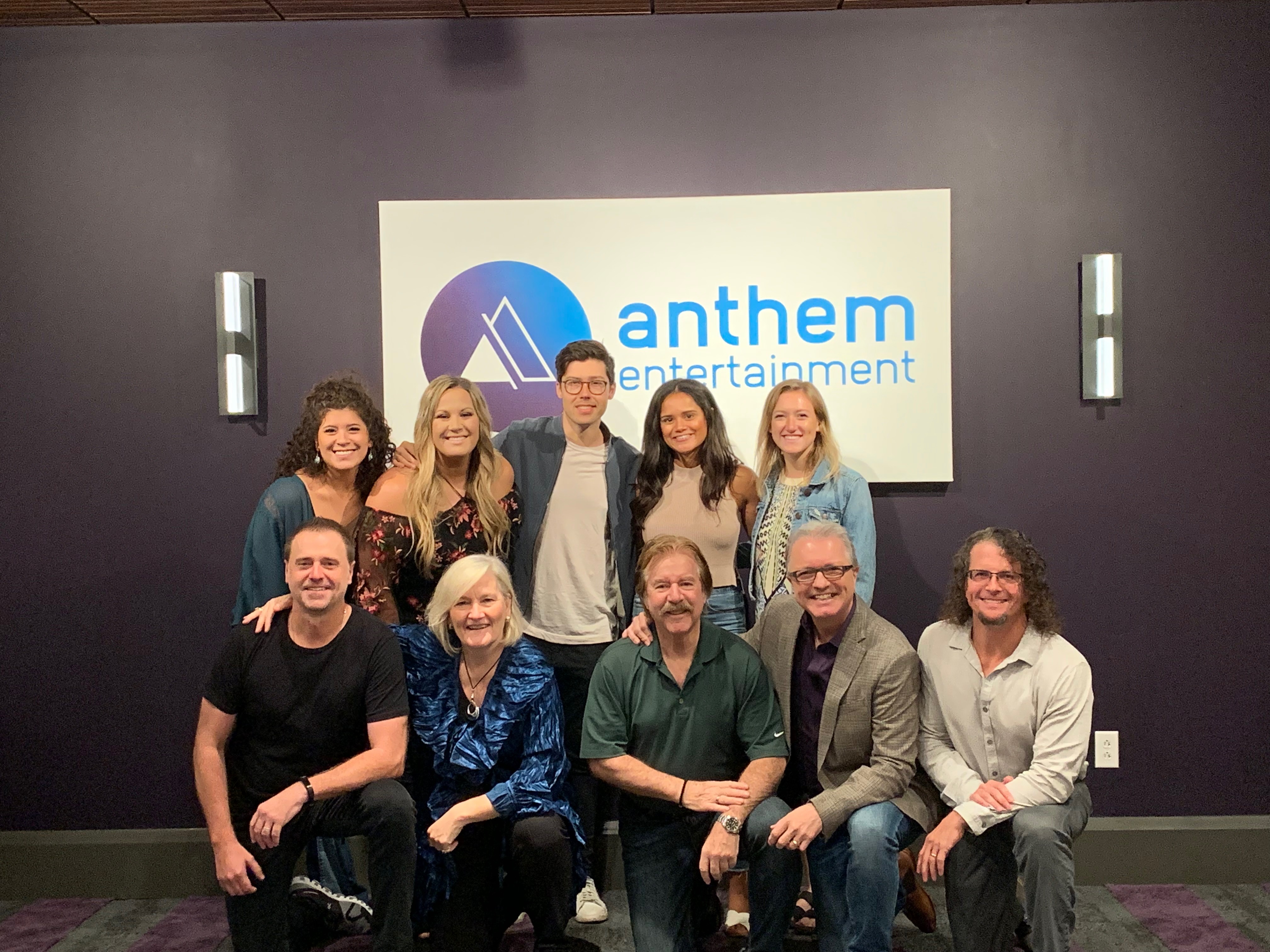 20 September 2019 (NASHVILLE, TN) - Anthem Entertainment, one of the world's leading independent music and entertainment content and services companies, and RED Creative Group, the publishing venture of Anthem songwriter/producer Jeremy Stover, are pleased to announce the extension of their worldwide publishing deal with country singer/songwriter Adam Hambrick. Under the deal, Anthem will handle global co-publishing for Hambrick's future copyrights.

“I am very excited to be continuing to work with Anthem,” said Adam Hambrick. “They have been fantastic partners in helping me establish my career, and I am thrilled to see what we will accomplish together in the years to come.”

“I’ve been a fan of Adam Hambrick since Jeremy Stover gave me a copy of his independent LP in 2011,” said Anthem Nashville’s Senior Director of Creative, Tim Hunze. “It’s taken me 8 years and moving to Anthem to be able to work with him professionally…and I could not be more excited!”

“Adam not only has one of the most gifted voices in music, but his fresh melodic approach mixed with vivid lyrics truly make him one of the best,” added Jeremy Stover, President of RED Creative Group. “Working with Adam has been an amazing experience and I look forward to what the future holds.”

Arkansas native, Hambrick, grew up listening to artists such as Alan Jackson, Garth Brooks, John Mayer and The Foo Fighters. From an early age, Adam’s musical roots were grounded in the church singing hymns with his family, where his dad was a Baptist pastor and his mom played piano. After graduating from the University of Central Arkansas, the singer-songwriter made an appearance on Good Morning Arkansas where fellow Arkansas-native and country star Justin Moore happened to be watching and was impressed by Adam’s unique voice and distinctive songs. Soon after, Justin’s producer Jeremy Stover reached out opening the door for Adam to move to Nashville and pursue music full-time. This led to the duet "Old Habits," which Moore recorded with Miranda Lambert and featured on Moore's 2013 album Off the Beaten Path. The track topped Billboard's U.S. Top Country Albums chart and reached #2 on the U.S. Billboard 200.

Adam has written a multitude of songs and had numerous cuts for other artists including Miranda Lambert and Eli Young Band, as well as, No. 1 hits for Dan + Shay (“How Not To”) and Justin Moore (“Somebody Else Will”). Adam has continued to hone his songwriting and vocal skills, while performing live with artists including Brett Young, Jordan Davis, LANCO, and more. Adam released his debut single “Rockin’ All Night Long” last fall and is currently in the studio working on his debut album with producers Andrew DeRoberts (James Blunt, Miley Cyrus) and Paul DiGiovanni (Blake Shelton, Jordan Davis).

About Anthem Entertainment:
Anthem Entertainment is comprised of a music publishing division, recorded music label, production music division, and a leading film and television audio-visual secondary rights (AVSR) management company. Anthem Entertainment operates offices in New York, Los Angeles, London, Nashville, and Toronto with a team of approximately 200 dedicated industry professionals. We support artists, create content, and provide entertainment services around the world. As technology and entertainment evolve, we work hard to create and maximize opportunities for our talent and our clients. Our difference: an approach that combines the resources, power and reach of a major with the agility, entrepreneurism and soul of an indie. For more information, visit anthementertainment.com

About RED Creative Group:
RED Creative Group is a leading independent music publisher for artist, producer and songwriter development. Acclaimed producer/songwriter, Jeremy Stover, launched RED Creative Group in late 2014. Since inception RED has celebrated over 200 cuts and 25 singles on the country charts with such songs as “How Not To” by Dan + Shay, “Somebody Else Will“ by Justin Moore”, “How I’ll Always Be” by Tim McGraw, and “Sleep Without You” by Brett Young. RED’s office in Nashville’s vibrant Berry Hill area is a welcoming creative space for its roster that includes the talents of Travis Denning, Adam Hambrick, Jeremy Stover, Kelly Archer, Nathan Spicer, David Fanning, LJ, and Baker Grissom. RED Creative has established itself, not only as a successful independent music publisher, but also as a leader in the area of artist development, resulting in major label record deals for their artist/writers Travis Denning and Adam Hambrick.