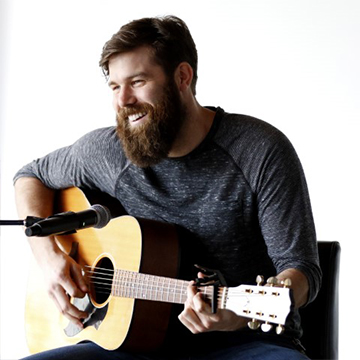 TORONTO, ON – March 4, 2019 – ole, one of the world’s premier music and entertainment companies, is pleased to announce that Country Music Star and olesongwriter Jordan Davis, has topped the Mediabase Country Radio Chart with the single “Take It From Me” from his current album, Home State.

“Take It From Me” is Davis’s second #1 single following “Singles You Up”.

“This #1 is really special. Jake, Jason and I are very thankful to the many people that helped make this possible,” said Davis. “This is going to be a fun one to celebrate!”

“I am thrilled to see Jordan achieve his second #1 single. It is the first #1 under my leadership of ole which is very special and I look forward to celebrating his continued success with him, his management, and the entire ole team who have been working tirelessly to support his songs,” commented Helen Murphy, ole’s Chief Executive Officer.

Jordan Davis was named “Top New Country Artist” of 2018 by Billboard, and most recently, received a 2019 iHeartRadio Music Award nomination for “Best New Country Artist”. His debut album, Home State, on which he co-wrote all of the songs, debuted at #6 on the US Country Album charts and reached “Platinum” sales status by July of 2018. The album’s first single, “Singles You Up”, went to #1 on the Country Radio charts in both Canada and the US, and as of August 2018, was the most played song on US Country Radio, while the video for “Singles You Up” has received over 27 million views to date on YouTube.