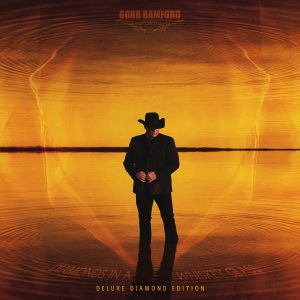 Today, Anthem Entertainment announces the first-of-its-kind audio/visual music-focused broadcast and podcast series Real Country Livin’ in partnership with SiriusXM. Set to premiere at 9 a.m. ET on May 28, the series will showcase some of the world’s best and brightest country artists and songwriters as they each share their own Real Country Livin’ story - defining what Real Country Livin’ means to them. With Gord Bamford as the inaugural host, the innovative series will launch with six themed episodes including Entertainin’, Fishin’, Farmin’, Givin’, Boatin’, and Drinkin’ that help guide the narrative as Bamford introduces audiences to his family and friends and their Real Country Livin’ way of life. Additionally, each episode of Real Country Livin’ with Gord Bamford will feature some of Bamford’s greatest hits along with never-before-seen performances of new original songs off of Diamonds In A Whiskey Glass. The podcast will also include exclusive interviews with many of Bamford’s celebrity friends including Country superstar Terri Clark, NHL defenseman Brent Burns, and more.

“I am so excited to release these 18 very special songs in physical form in tandem with the release of the Real Country Livin’ broadcast/podcast. It will give my fans a chance to hear and see what country music means to me and my family through not only the music but also exclusive content. Thank you to Anthem and SiriusXM for creating the perfect home for my version of Real Country Livin’.”

“It’s time that country music had a lifestyle brand that reflects the great music, storytelling, food, and unique culture of our top country artists. Real Country Livin’ is a collision of Martha Stewart Living and country lifestyle,” shares Helen Murphy, CEO, Anthem Entertainment. “We are excited to create this new global brand with SiriusXM. Gord’s lifestyle is so entwined with his music, and it continues to inspire and entertain fans around the world.”

“Gord’s music has been enjoyed by SiriusXM subscribers across North America for many years and we’re excited to give his voice yet another platform,” said Jeff Leake, Director, Podcasts, Listenership Analytics & Music SiriusXM Canada. “Our podcast offering just continues to grow with original content, like Real Country Livin’, plus some of the most popular podcasts from top providers.” 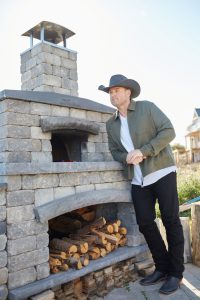 Beginning May 28, Real Country Livin’ can be found on the SXM App and other major podcast platforms.

For nearly two decades, Bamford has continued to make country music that appeals to fans around the world, following his own time-tested formula while bolstering 85 million streams and 5 billion audience impressions at radio. The Australian-born, Alberta-raised neo-traditional artist consistently delivers, with 27 Top 10 singles including three number one hits, a significant list of accolades under his belt and extensive philanthropic endeavours with the Gord Bamford Foundation.

ABOUT GORD BAMFORD
Australian-born and Alberta-raised, Gord Bamford stands as one of the most decorated artists in Canadian country music. He has built a loyal fanbase over the past decade with his traditional Country persona and captivating live shows and has been the recipient of 26 Canadian Country Music Association awards including Album of the Year, Single of the Year and Male Artist of the Year wins and received multiple JUNO Award nominations. With over 85 million streams and 5 billion audience impressions at radio globally, Bamford is a two-time winner of the CMA Global Country Artist Award, with 28 Top 10 singles in Canada including his latest single “Drink Along Song” and the No. 1 hits “When Your Lips Are So Close”, “Country Junkie” and “Dive Bar.” Bamford is the 2019-2020 recipient of the MusiCounts Inspired Minds Ambassador Award, presented by The Canadian Scholarship Trust Foundation. The award recognizes individuals who have had an extraordinary impact on music education and MusiCounts over the course of its history.  Since 2014, Gord Bamford and the Gord Bamford Foundation have donated $200,000 to MusiCounts to support school music programs, the largest donation ever received from an artist in MusiCounts’ history. Bamford’s 2020 Drive-In for Mental Health performance series raised more than $100,000+ for Mental Health charities in Alberta.  To date, Bamford has raised more than $4.5 MILLION dollars for various charities through the Gord Bamford Foundation. Bamford proudly released his 10th studio album, Diamonds In A Whiskey Glass, in the early summer of 2021, followed by the Diamonds In A Whiskey Glass (Deluxe Diamond Edition) in May of 2022.