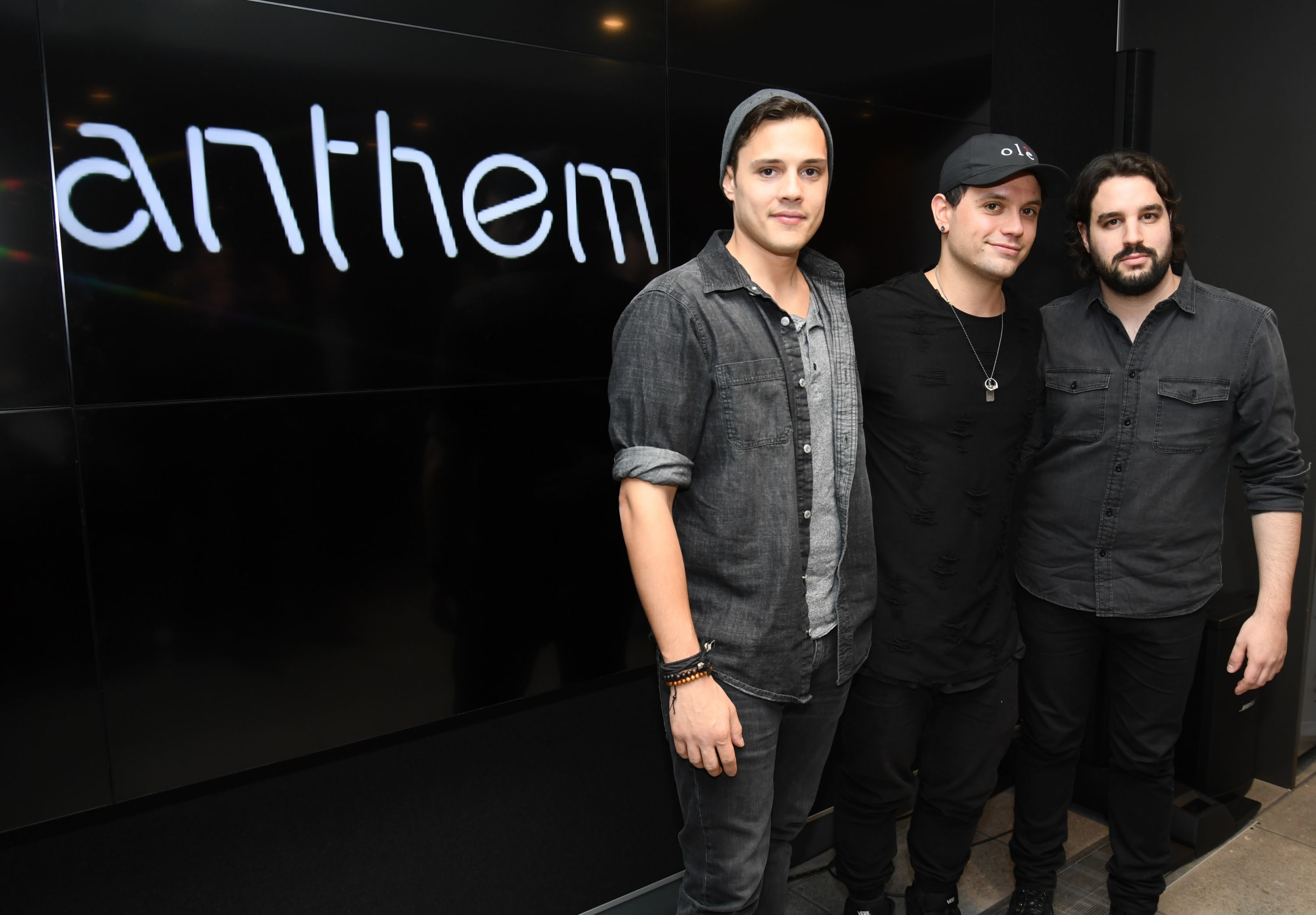 TORONTO, ON – On April 18, iconic rock label, anthem, is pleased to announce that it has signed an exclusive worldwide recording contract with Vaughan, ON alternative rock group, Stuck On Planet Earth. The deal, which marks the first new signing to anthem since 2011, includes exclusive publishing and recording rights and administration of all properties on YouTube. Stuck On Planet Earth is currently working on completing their debut full-length album with songwriter/producer Steve Molella which is slated for release fall 2018.

“We are honoured and grateful to have found a partner in the anthem team. This partnership is perfectly aligned with our vision, goals and values. We’re extremely excited for what’s to come and to release our debut album on such an accomplished and storied label such as anthem,” said Stuck On Planet Earth.

Since forming in 2007, the three-piece, consisting of Adam Bianchi (vocals/guitar), Al Capo (vocals/bass) and Andrew Testa (drums), has been delivering music true to their gritty, bare bones, from the gut sound. With their EP Play Along debuting on the iTunes Canada Alternative Chart at #34, Stuck On Planet Earth has been steadily releasing singles that reflect the secretly seedy side of suburban life with tales of lust, love and loss that speak to our most human emotions.

The band’s latest single, “Permanent”, was hailed as one of the ‘Top 3 Songs in Ontario That You Need to Hear’ for the month of November by CBC ROCK, and was featured as SOCAN’s ‘Song of the Week’ in January 2018. The single has also received numerous features on Canadian rock stations across the country, including Alan Cross’s ‘Undiscovered Gem of the Week’ on 102.1 The Edge.

With their raw energy and electrifying presence, Stuck On Planet Earth has performed over 300 shows across Canada and the United States including SXSW and Riot Fest, and has shared the stage with such top acts as: Mother Mother, Scott Weiland & The Wildabouts, Weezer, Alexisonfire, Eagles Of Death Metal, GOB and Finger Eleven.

Born out of the need for a label home to manage the burgeoning success of Canadian prog-rock acts RUSH and Max Webster, anthem records was launched in May 1977. Over the course of its incredible 40+ year history, the iconic Canadian label has released works from a diverse musical roster that has included: Ian Thomas, Moe Coffman, Coney Hatch, Bob & Doug McKenzie, The Spoons, Lawrence Gowan, Queensrÿche, The Tea Party, Steven Page and Big Wreck to name only a few. In 2014, anthem was acquired by ole, one of the world’s foremost rights management companies, where as a cornerstone of the ole label group, it continues to sign and develop new artists.