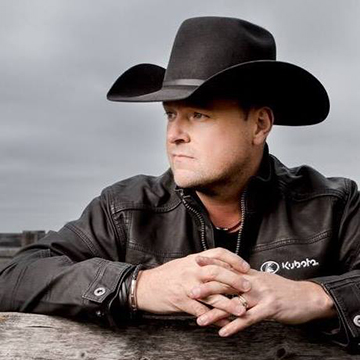 Bamford, who recently signed to Sony Music Entertainment Canada, has just released the single, "Is It Friday Yet?" The song is the title track from his fifth album set to debut on March 6, 2012.

Says ole CEO Robert Ott, "Gord is always striving to take his songs and artistry to the next level and we're proud that he's chosen ole to support him as he ascends in his career over the next few years. Our team is looking forward to great Creative and business success with Gord."

"I'm very excited about the deal with ole; even before I knew Robert Ott, he paid me a huge compliment by referring to me as 'The George Strait of Canada,'" Bamford says. "I have great respect for him and what he and his team have achieved. It also just made sense for me to be involved with a Canadian company that is also doing huge things internationally."

Bamford, who was raised in Lacombe, Alberta, had his stature as one of Canada's biggest country stars confirmed in the fall of 2010 at the Canadian Country Music Awards in Edmonton, Alberta. Bamford's sweep included six awards: Album of the Year (Day Job), Male Artist, CMT Video of the Year ("Day Job") and Producer, which he shared with Byron Hill. In 2008, the year he received his first Juno Award nomination in Canada for Country Recording, Bamford had another banner year at the CCMA Awards picking up three on the night.

Over the course of four albums released since 2001, including God's Green Earth, Life Is Good, Honkytonks and Heartaches and Day Job, as an artist, Bamford has placed over 20 singles on the Canadian country charts. "Drinkin' Buddy," "Put Some Alcohol On It," "My Daughter's Father" and "Hurtin' Me Back" all found a home on the Canadian Billboard Hot 100 countdown. "My Father's Daughter" was the number one song on the Canadian Billboard and Mediabase spins charts for 2011. His song, "Stayed 'Til Two," was given recognition by the Society of Composers, Authors and Music Publishers of Canada (SOCAN) as one of the top three country music songs that had the greatest number of performances on Canadian radio in 2008.

ole is coming off a 12-month period during which it was named Music Publisher of the Year for the fifth consecutive time at the Canadian Country Music Awards and its writers were responsible for number one records in the U.S. by Rascal Flatts, Billy Currington and the Eli Young Band, whose "Crazy Girl" was named by Billboard as "The Most-Played Song of the Year" on U.S. country radio. ole had songs on 19 of the Top 50 Billboard Country Albums in 2011. The top country albums, including catalogue albums, on which ole has cuts have sold over 22 million units. One of those songs, "Springsteen," was written on ole's "Write Where U R" tour bus and helped to power Eric Church's album Chief to an impressive number one debut on Billboard's Top 200 Album chart as well as to a Grammy nomination. It was one of only two country songs to appear on Rolling Stone's Year-End 50 Best Singles of 2011 list.