Anthem Entertainment, one of the world’s leading independent music and entertainment content and services companies, is pleased to announce that Dan Hill, one of Canada’s most successful singer-songwriters, has been appointed as the Chairman of Anthem’s newly formed Diversity, Equity, and Inclusion (DEI) committee.  As chairman, Hill will add an integral voice to Anthem’s long-term […]

Anthem Entertainment, one of the world's leading independent music and entertainment content and services companies, is pleased to announce that Dan Hill, one of Canada’s most successful singer-songwriters, has been appointed as the Chairman of Anthem’s newly formed Diversity, Equity, and Inclusion (DEI) committee. 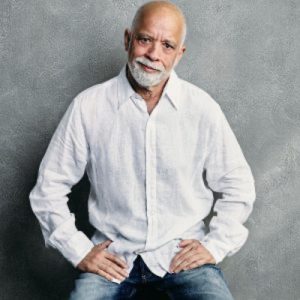 As chairman, Hill will add an integral voice to Anthem’s long-term strategy and commitment to ensuring that Diversity, Equity, and Inclusion are part of the company’s overall ethos. The new committee also aims to foster an inclusive work environment that assists all team members in reaching their full potential, while achieving the greatest results for Anthem’s artists, songwriters, clients, and strategic partners. Bringing together employees from all of Anthem Entertainment’s divisions, the committee will actively engage varying levels of seniority, with the shared commitment of amplifying, promoting, and encouraging the company’s DEI work while acting as advisors to Anthem’s leadership team on DEI best practices.

Over the past two years, Anthem has introduced many key diversity initiatives, including but not limited to:

* Adopting and implementing a formal global Diversity, Respect, and Inclusion Declaration and Global Anti-Harassment and Anti-Discrimination Statement
* In June/July (2020), implementing a match program for employees, artists and songwriters who chose to donate to BIPOC organizations in support of anti-Black racism
* Expanding its global holiday calendar to include National Day for Truth and Reconciliation (Canada), Juneteenth (USA), Canadian Multiculturalism Day, Black History Month (UK) and more
* Implementing paid internship programs across its divisions with a concentrated outreach to diverse colleges and universities
* Participating in a mentorship program aimed at offering diverse talent an opportunity to gain music industry experience
* Implementing a multi-year mandatory staff training program including Diversity & Inclusion, Bias & Anti-Harassment courses
* Hasting a virtual all-staff event with Dan Hill celebrating the release of his “What About Black Lives” single and facilitated a cross-company discussion of his new book, “I Am My Father’s Son”
* Established procedures to ensure that every open job position considers a diverse candidate pool
* Updated and reviewed all global employee policy handbooks using a DEI lens to ensure they represent Anthem’s DEI commitments

“We are humbled and grateful to have Dan as Chairman of our DEI committee,” shares Helen Murphy, CEO, Anthem Entertainment. “In addition to being a Black artist in America struggling to be treated equally, Dan and his family have been trailblazers for advancing Black rights for over half a century in Canada and the U.S. In 1962, Dan’s father was appointed to start the first Ontario Human Rights Commission during a time when the media and the public were resistant to the rights of minorities. Anthem Entertainment is honored to have Dan’s creativity, integrity and amazing life journey as a guiding light.”

“I am both honoured and inspired to be the Chairman of Anthem’s newly formed Diversity, Equity, and Inclusion (DEI) committee,” shared Dan Hill. “Since releasing records in the early '70s to present day, I’ve witnessed seismic advancements in the vital work of making the music industry a more diverse, inclusive, and equitable field. And in many respects, Anthem has been a front runner in the entertainment business when it comes to implementing DEI initiatives and bringing much needed awareness to the challenges so many creators face. Naturally, there is always more work to be done. I will do everything in my power to further galvanize, implement, and bring awareness to all things related to DEI, both at Anthem and throughout the music business as a whole.”

ABOUT DAN HILL
As Hill states in his 2009 bestselling memoir, “Right from the beginning, I’ve written songs simply because I’ve had no other choice.”  He began composing songs from the age of 14 and would also later pen articles for the Globe and Mail, Maclean’s, and Toronto newspapers including one entitled “On Being Black.”  Hill has often used his writing talents to share personal experiences on race, relationships, and socio-political commentary, such as the song, McCarthy’s Day (1977), about the courageous inter-racial relationship between his American-born parents.

Inducted into the Canadian Songwriter’s Hall of Fame in 2021, Hill catapulted to music fame in the 1970s with one of the biggest songs of the decade, Sometimes When We Touch, and continued to conquer the adult contemporary charts through the 1980s and 1990s with a devoted worldwide fan following.  Behind the scenes, he has penned hits for Celine Dion, Tina Turner, Britney Spears, 98 Degrees, and Alan Jackson to name a few; and recently returned to the spotlight in 2020 with his urgent and heartfelt single, What About Black Lives?, off his 15th studio album, “On The Other Side of Here.”

1977’s Sometimes When We Touch, and 1987’s Can’t We Try duet with American songstress Vonda Shepard, are among Hill’s most successful hits.  Sometimes When We Touch was co-written with New York songwriter Barry Mann and reached No. 1 in Canada and No. 3 on the U.S. Billboard Hot 100 chart.  It garnered several SOCAN Awards as well as five JUNO Awards including Songwriter of the Year in 1979.  Can’t We Try was Billboard’s No. 1 Adult Contemporary Song of the Year for 1987, among many chart-topping singles and successful albums that Hill would go on to produce.

Between 1986 and 1989, a Dan Hill hit could be found on Billboard’s Adult Contemporary chart (and usually the Canadian national chart) every week for an unparalleled four years. His hits included the romantic ballads In Your Eyes, Hold Me Now (with Rique Franks), All I See Is Your Face, Carmelia, Unborn Heart, I Fall All Over Again, and Never Thought That I Could Love, which also shot to No. 1 in Canada.

In the late ‘90s Hill shifted his focus to writing songs for other artists and became a versatile writer-on-demand for pop, country and R&B icons including Barry Manilow, George Benson, Spain’s Camilo Sesto, Reba McEntire, and the Backstreet Boys. His many successes include the No. 1 country hits I Do (Cherish You) and Love Of My Life; and he received a 1996 Grammy Award for co-producing Celine Dion’s album “Falling Into You,” which featured his song Seduces Me co-written with John Sheard.

His matchless talent is still in demand as he continues to write and record music including the 2009 album “Intimate,” and his topical 2020 single What About Black Lives? off his 2021 album “On The Other Side of Here”.  As Hill says, “There’s still a craving for real songs.  People still want to have old-fashioned songs with stories, strong melodies and relatable lyrics.”

More than four decades since the release of Sometimes When We Touch, the song continues to receive radio play and has been covered by numerous artists including Tammy Wynette, Oscar Peterson, Rod Stewart, Barry Manilow, Ginette Reno, and Cleo Laine. Hill declared, “So many pop stars recorded it…that in a sense it didn’t belong to me any longer. It was bigger than me, bigger than life.”

Dan Hill has earned six ASCAP Awards and SOCAN’s William Harold Moon Award for international songwriting success. He published a best-selling memoir in 2009, I Am My Father's Son: A Memoir of Love and Forgiveness, where he opens up about the relationship with his father, who was a social activist and later became the first Director of the Ontario Human Rights Commission; as well as with his brother Lawrence Hill (The Book of Negroes), and late sister Karen, who was also an accomplished poet.