JOSÉ FELICIANO SHARES “THE CHAIN” NEW TRACK AND MUSIC VIDEO FROM THE FORTHCOMING ALBUM, BEHIND THIS GUITAR AVAILABLE JANUARY 31st 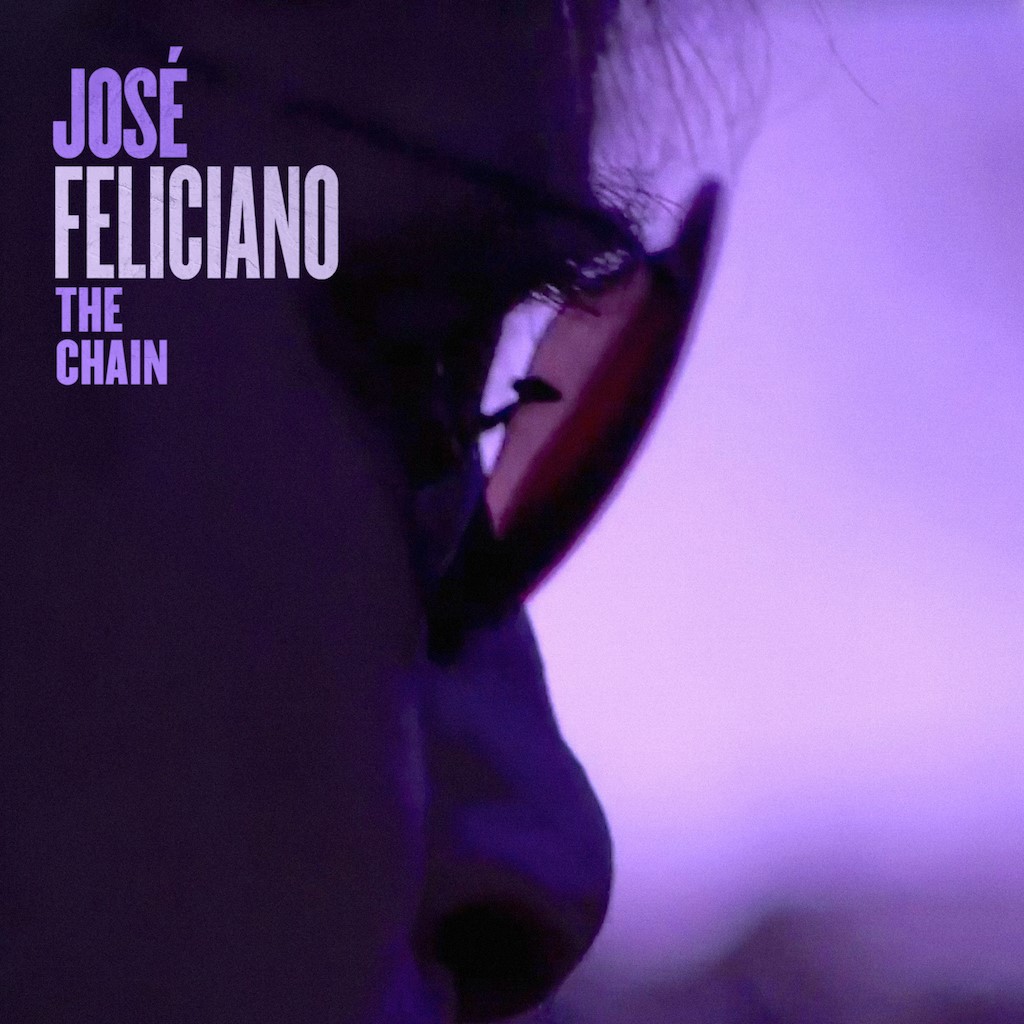 Legendary guitarist/vocalist José Feliciano shares his latest track, “The Chain” from his anticipated new studio album, Behind This Guitar, out January 31st on Anthem Records/Anthem Entertainment.  The stirring interpretation of Fleetwood Mac’s classic song features Jose’s signature and incomparable acoustic guitar playing, with a flamenco twist successfully making the iconic tune his own.  Stream/download “The […]

Legendary guitarist/vocalist José Feliciano shares his latest track, “The Chain” from his anticipated new studio album, Behind This Guitar, out January 31st on Anthem Records/Anthem Entertainment.  The stirring interpretation of Fleetwood Mac’s classic song features Jose’s signature and incomparable acoustic guitar playing, with a flamenco twist successfully making the iconic tune his own.  Stream/download “The Chain” and pre-order the new album here.

The new album reunites the multi-GRAMMY winner and Latin GRAMMY Lifetime Achievement recipient with his longtime producer, Rick Jarrard.  Covering “The Chain” was completely Jarrard’s idea – as “Light My Fire” had been back in 1968. José comments, "I’ve always enjoyed listening to 'The Chain' but never considered it a 'José song,' really.   It was Rick Jarrard’s suggestion; he also recommended recording my stage version of 'Light My Fire' and writing a Christmas song that resulted in 'Feliz Navidad.'  His insight and moxie have proven to be on point for us once again.” Jarrad adds, “José did an incredible vocal, then laid down a guitar solo that – I was just in awe of, everyone in the studio was as well,” recalling the recording session of the track.

Also released widely today is the music video for “The Chain,” exclusively premiered by Billboard who noted, “Feliciano's version adds flamenco guitar patterns and also retools what was a three-part vocal arrangement to just one singer…” Watch it here. Produced and directed by Frank Licari, the video is dually a performance and story-based film following José on a solitary, never-ending journey to an unknown destination. That journey is both cinematic and mystical, symbolizing a sense of strength and rich history as he becomes one with his rustic surroundings. We find the artist alone with his thoughts and guitar; both in a barn and traveling in a vintage car, with his music being the passport to the world around him. The parallels between the vehicle and its passenger, the rustic surroundings and its inhabitant, are not a coincidence; all are “classics” with undeniable charm, running as smoothly as ever, standing as strong as ever, as formidable alternatives to the latest passing trends.

Feliciano is at a landmark moment in an enduring global concert and recording career now well into its sixth decade.  The new music, recorded in Nashville which was a first for the veteran, comes in the wake of the 50th anniversary of the singer/guitarist’s breakthrough success and anniversary of his evergreen, best-selling Christmas smash, “Feliz Navidad.”  Remarkably the song recently hit Billboard’s Hot 100, with Forbes declaring it the “gift that keeps on giving.”

Feliciano shows no signs of slowing down. His classic 1968 cover of “California Dreamin’,” is one of the top streamed songs from the GRAMMY-nominated soundtrack from Quentin Tarantino’s acclaimed, Golden Globe-winning/Oscar-nominated film Once Upon a Time in Hollywood. The GRAMMY Museum® in Los Angeles just announced a special evening with José on Tuesday, February 11 that will include an intimate Q&A and performance; more ticket information is available here.  Following his two-hour plus concert at New York City’s Sony Hall in December which featured new material, Digital Journal called the show, “sensational.”  Upon the release of the title track from the forthcoming new album, Guitar Player described José’s playing as, “majestic.”

Anthem Records was founded in 1977, with a rich history of artists including the legendary band Rush. A division of Anthem Entertainment, one of the world’s leading independent music and entertainment content and services companies, Anthem Records has evolved to include a diverse roster of artists across multiple genres. The company’s approach combines the resources, power, and reach of a major with the agility, entrepreneurism, and soul of an independent. For a list of our full roster and more information, visit anthementertainment.com/anthemrecords