ole at the GRAMMY’s 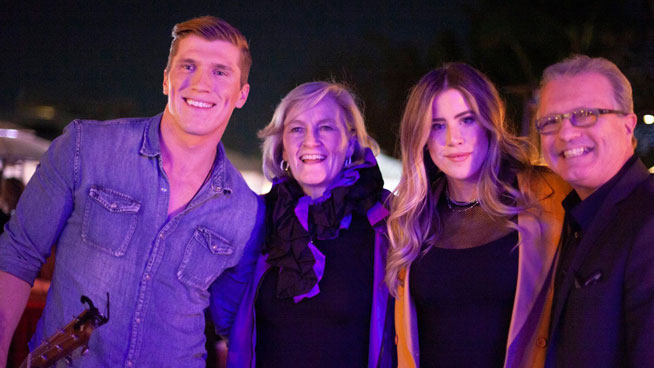 The GRAMMY Awards are an incredibly exciting day on the musical calendar. ole kicked off GRAMMY weekend on Thursday, February 7, when we hosted a special evening of music highlighted by an exclusive performance by global music icon and recently-signed ole artist, José Feliciano.

The performance celebrated Feliciano’s first two GRAMMY Award wins in 1968 for Best New Artist of the Year and Best Contemporary Pop Vocal Performance, Male for his rendition of The Doors’ “Light My Fire”. On the GRAMMY Red Carpet, Feliciano delighted his fans by announcing that he will be releasing a new music documentary featuring an unprecedented look at the life and career of this international superstar.

Canadian brother-sister country duo and Juno Award nominees, The Reklaws (Jenna and Stuart Walker), also performed at the event, along with ole singer-songwriter and one of Rolling Stone Magazine’s “10 New Country Artists You Need To Know”, Austin Jenckes.

In addition to the GRAMMYs, Billboard’s 2019 Power 100 list was released last week and recognized ole CEO, Helen Murphy, as one of the industry’s most important influencers. To celebrate, Murphy attended the Billboard Power 100 Event in Beverly Hills. The feature touches on Murphy’s mandate to grow ole and how the entrepreneurial spirit the ole company and depth of music publishing catalog is helping ole hit it out of the park.