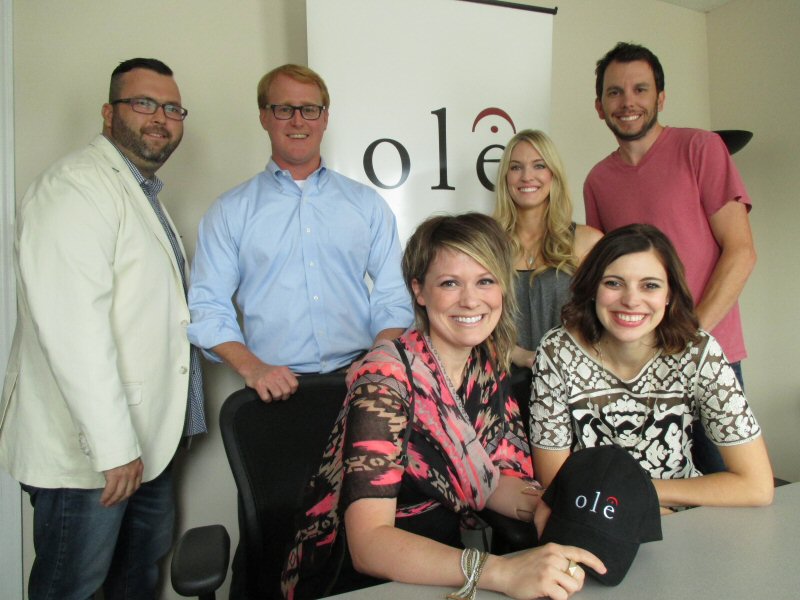 NASHVILLE, TENNESSEE--(Marketwired - June 9, 2015) - ole, the world's fastest growing independent rights management company, has signed multi-genre songwriter April Geesbreght to a worldwide publishing deal. Currently based in Nashville, she wrote CCM artist Aaron Shust's "My Hope Is in You," which spent 14 weeks at #1 on the Billboard Christian chart. She has also written songs in the pop, country, and children's genres in addition to tracks for TV and film projects.

"April is a great addition to the ole roster who can write just about anything for just about any artist," said John Ozier, General Manager of Creative in Nashville for ole. "We pride ourselves on helping songwriters take their careers to the next level, and we're excited to work with April to put her music in front of as many people as possible."

"I am thrilled to be joining arms with the ole team," said Geesbreght. "John, Emily and Ben have a love of music that goes beyond business. I'm very grateful for their belief in what I do and so pumped to chase and catch some dreams together."

Geesbreght got her start at age 16, recording and releasing her first EP with producer, artist, and songwriter K.S. Rhodes. Over the next 10 years, she released three full-length albums and another EP with her eponymous pop/rock band before moving to Nashville in 2010. Since then, Geesbreght has written cuts such as "Dance Hall" by Danielle Bradbery, "Parachute" by Kris Allen, "Heart Tells Your Head" by Tim Halperin, and "A Little Bit of Wonderful" and "Hate That I Still Love You" by Kristy Cox. She is currently writing with Maggie Chapman, Tiffany Vartanyan, Ellee Duke, Lauren Alaina, and Cassadee Pope for their upcoming projects.