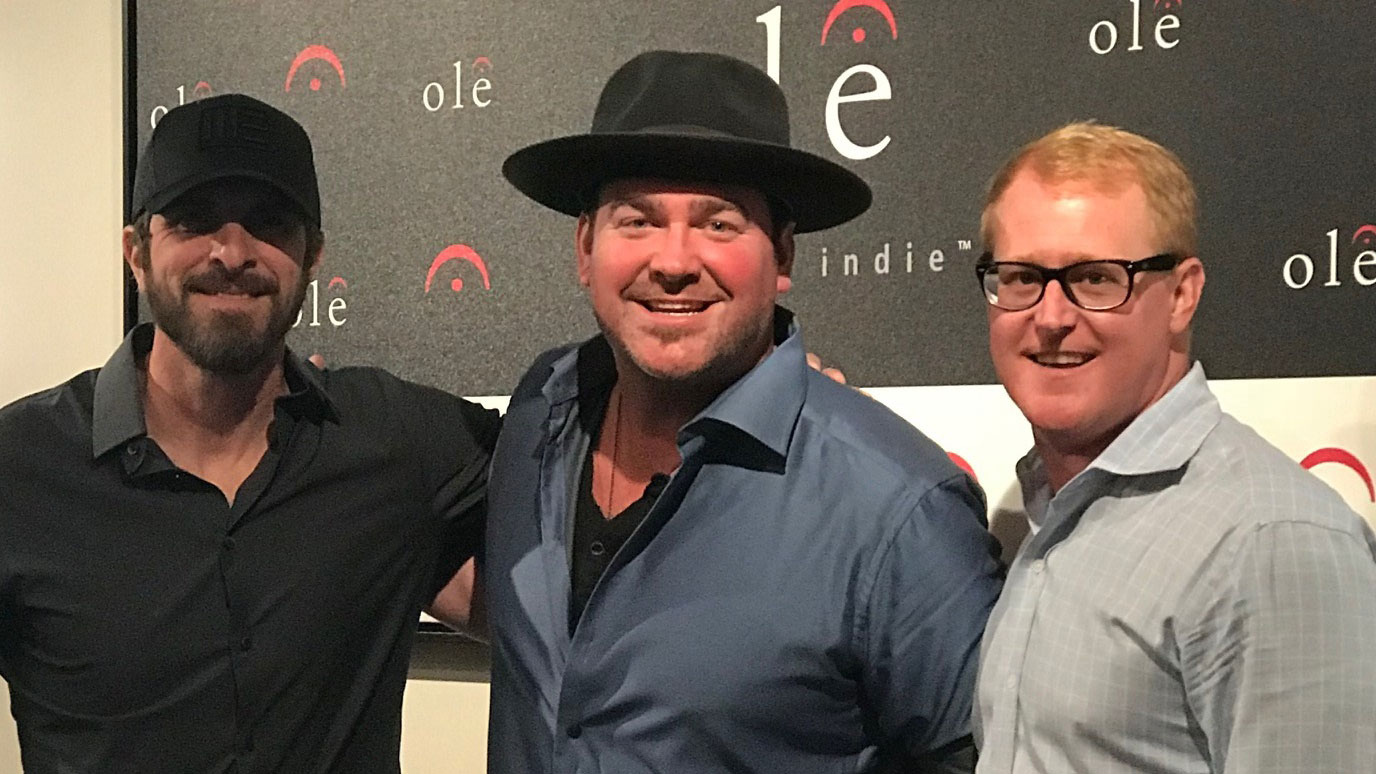 TORONTO, ON – Today, November 8, ole, the world’s fastest-growing independent music publishing and rights management company, is pleased to announce that it has entered into a joint publishing arrangement with Lee Brice’s Pump House Anthem to sign songwriter, Brian Davis.

“We are thrilled to add Brian Davis to the ole roster,” commented John Ozier, ole’s Vice President of Creative. “Brian, Lee and I have known each other for a long time, so it’s great to be able to work together again, and I look forward to the future success we’re going to have together.”

“I believe in the power of a great song and I respect songwriters who invest in their craft,” says multi-platinum singer, songwriter and recording artist, Lee Brice. “I believe Brian is a true craftsman and I’m proud to sign him to our family of writers.”

“I am stoked to be joining the ole family. It’s always important to me to surround myself with true song guys and John Ozier and Lee Brice are two of the best in the business,” said Brian Davis. “I look forward to knocking down some hits with this team!”

Originally from North Carolina and now based in Nashville, Brian Davis’s first deal in the music industry was offered to him by legendary songwriter Harlan Howard, who Davis cites as the largest influence on his songwriting. Brian Davis has toured and written with Brantley Gilbert including the #1 hit, “One Hell of An Amen”, co-written with Brantley and Mike Dekle.

When Lee Brice isn't selling out arenas, writing and recording songs, or building his new brand like American Born whiskey and investing in his new family of songwriters at Pump House Anthem — you'll find him with his wife Sara, two young boys Takoda (10) and Ryker (4), and new daughter Trulee Nanette, who was born on June 2, 2017.

With more than 12 million in RIAA certified sales, Lee has achieved Gold and Platinum on every album and single released, with "A Woman Like You" reaching Double Platinum status. Gold album certifications include: Love Like Crazy, Hard2Love and I Don't Dance. Single certifications include "Don't Dance" and "A Woman Like You," with "That Don’t Sound Like You" reaching double Platinum.

With well over 2 billion spins on Pandora, Lee Brice was inducted into the streaming service's 'Billionaires Club' on June 8, 2018. The "Rumor" singer, who is now among the Top 25 most-streamed country artists of all time on Pandora, is only the second country artist behind Keith Urban to receive the Pandora Billionaire plaque and puts Lee in company with not only Urban, but legends including Johnny Cash and Fleetwood Mac, and pop phenomes such as John Legend.

Lee is a GRAMMY nominee, a CMA nominee and a double ACM award winner, and he's taken five radio singles to #1: "A Woman Like You," "Hard To Love," "I Drive Your Truck," "I Don't Dance," and "Drinking Class." Garth Brooks, Jason Aldean, Kenny Chesney and others have recorded his songs and he's performed on TV shows including NBC's Today, ABC's The Bachelor, NBC's The Voice and FOX's Miss USA 2018 (May 21).