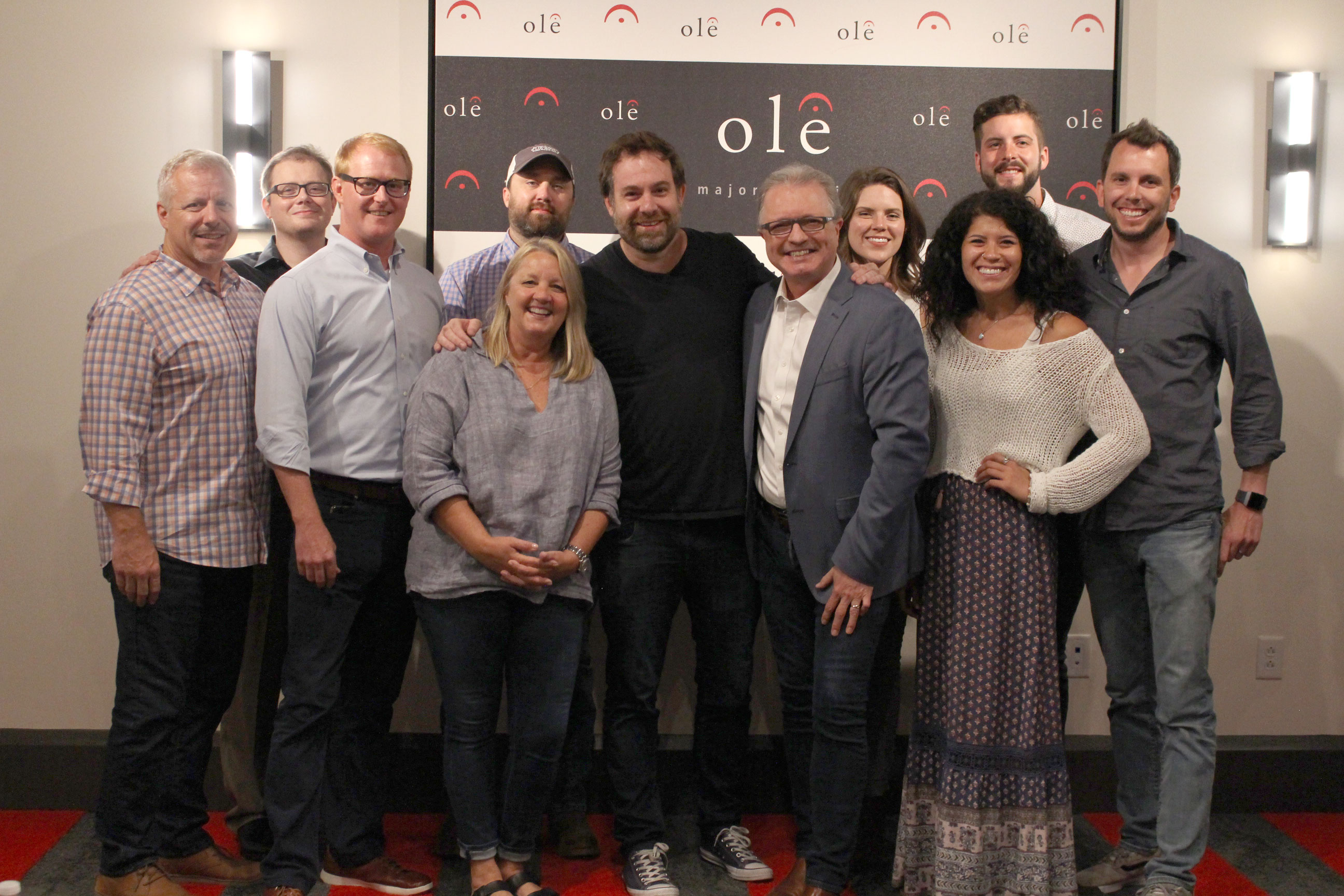 TORONTO, ON - Today, June 20, ole, the world's fastest-growing independent music publishing and rights management company, is pleased to announce that it has entered into a joint publishing arrangement with Liz Rose Music to sign Phil Barton.

“We are pleased to have Phil finally signed here at ole. He is a great writer; has always been a friend of ole, and his enthusiasm and incredible work ethic amazes me. We look forward to celebrating many hit singles together,” commented Gilles Godard, ole’s Vice President, Corporate Affairs and Business Development.

“We are incredibly excited to be working with Phil Barton in conjunction with Liz Rose Music. Phil’s work ethic and talent have him poised for more success in both the US and abroad,” added John Ozier, Vice President, Creative for ole.

Phil Barton has written songs for a host of top Country artists, including Lee Brice’s #1 Hit single, “A Woman Like You”, as well as the current LOCASH single, “Don’t Get Better than That”, which continues to climb the US Billboard Country charts. In 2015, Phil contributed the song “Cowboys Duty” to the movie Sicario which was nominated for three Academy Awards including Best Original Score. In addition to writing with Liz Rose, Phil also collaborates with a number of ole songwriters including Meghan Patrick and Gord Bamford.

“I’m extremely excited to join the team at ole and merge together with the great folks at Liz Rose Music. I love the passion for international markets at ole and look forward to exploring new opportunities with them,” said Phil Barton, “I’m excited for this new chapter of songs with the ole and Liz Rose Music teams.”

“We are beyond excited to continue working with the incredibly talented Phil Barton, and even more thrilled to add ole as our partner in this endeavor,” stated Scott Ponce, President, Liz Rose Music. Everyone at Liz Rose Music is looking forward to the opportunities and future successes this new venture will create."

Liz Rose is best known for her work with Taylor Swift where she co-wrote sixteen of Swift’s officially released songs, including “White Horse” which won her and Swift a Grammy Award in 2010 for Best Country Song. Liz won the award again in 2016 for her co-write on Little Big Town’s “Girl Crush” which also won Song of the Year at the 2015 Academy of Country Music Awards.