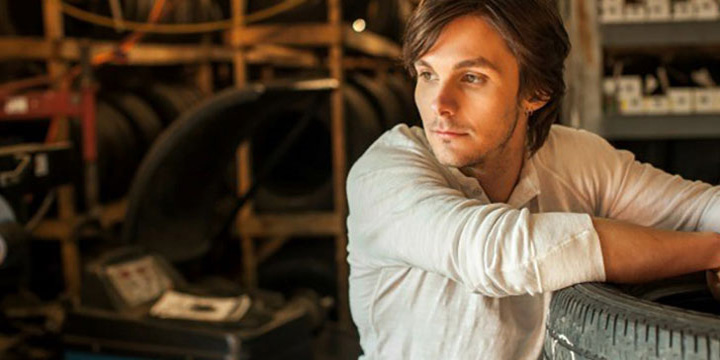 TORONTO, ONTARIO–(Marketwire – April 11, 2012) Editors Note: There is a photo associated with this press release. ole writer Charlie Worsham, whose development as writer/artist has been guided by ole, has signed a long-term record deal with Warner Music Nashville. Worsham, whose original masters were financed by ole, a few of which were part of a previously-released EP, will […]

Editors Note: There is a photo associated with this press release.

ole writer Charlie Worsham, whose development as writer/artist has been guided by ole, has signed a long-term record deal with Warner Music Nashville.

Worsham, whose original masters were financed by ole, a few of which were part of a previously-released EP, will be in the studio in May to put the finishing touches on his debut album project. It is being produced by Worsham and fellow ole writer Ryan Tyndell with Arthur Buenahora, ole General Manager, Creative from ole's Nashville office, at the helm as Executive Producer.

Buenahora marvels at how far ahead of schedule they are with Worsham's development as an artist. "I am very pleased with all the tremendous growth that Charlie has shown since joining the roster," he says. "It is very impressive to hit the ground running like he has and to get the cuts that he has gotten, not to mention the beginning of a recording career."

The official signing was held at the Warner offices on Nashville's Music Row and celebrated with an intimate party attended by Warner and ole staff; songwriters; his manager, Scott Kernahan (Rogue Music); BMI executives and Worsham's parents and friends.

Worsham's association with ole coincides directly with Arthur Buenahora's arrival at the company in 2010. Buenahora, who in the past has had a hand in developing some of country music's most prominent new names including Dierks Bentley, Miranda Lambert, Eric Church and Taylor Swift, whose Fearless album, which contained a number of ole cuts would make history as the most-awarded country album of all time, had already been championing Worsham's talents. It was an obvious, natural-progression to have Worsham join the ole family at that point and it has been a one-for-all, all-for-one relationship with the company that he characterized, at the time of his signing, as having "this great, brand-new, doors-are-wide-open, everything's-looking up, kind of feel."

Since that time, Worsham has gone from strength to strength as a writer and performer. He has seen his fan-base continue to grow following tours with country stars like Miranda Lambert and Taylor Swift, for whom he opened a number of arena dates on her Speak Now North American tour last fall, and the release by ole of his well-received, self-titled EP. "I'm basking in the glow of ole's generosity, that's what I'm doing," Worsham said at the time. "It has been a year of growth for me and I owe a lot of that to olefor fostering my development. ole was there with me when nobody else was..."

Worsham, a native of Grenada, Mississippi, was a bit of a music prodigy. At the age of 10, he was playing banjo with bluegrass legend Jimmy Martin at Nashville's Ryman Auditorium. Two years later, he played the Grand Ole Opry with Opry member Mike Snider, which led to a short profile on The Nashville Network (TNN). In 2004, he headed for Boston to study at the renowned Berklee College of Music where, in 2006, he was the recipient of the Billboard Endowed Scholarship presented each year to the most promising student. Worsham moved to Nashville in the fall of 2006 and was pursuing a solo career at about the same time he met Arthur Buenahora.