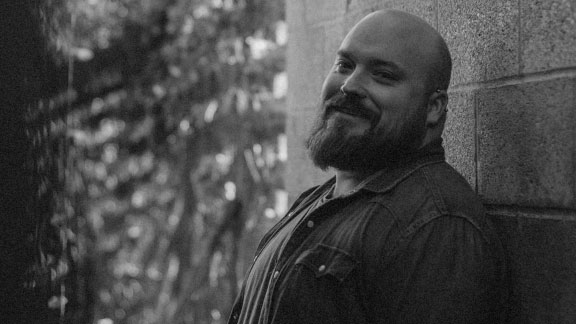 Within its first week of release, Jenckes' new single "Ride Away" was named one of the "10 Best Country and Americana Songs of the Week" by Rolling Stone Magazine. Jenckes' previous single, "Same Beer Different Day", has gone on to hit the 1 million stream mark on Spotify. Jenckes' songwriting credits also include "American Nights" from the recently released self-titled Lee Brice album. Currently on tour supporting The Cadillac Three, Jenckes is working on finishing his new album for release this summer.

Watch the video premiere for "Ride Away" on CMT here.

"Like a reincarnated Bob Seger track from the Eighties, "Ride Away" looks to heartland rock & roll for its cues. It's big, booming and a bit wild-sounding - a soundtrack for pool halls, roadhouses and open highways. When he climbs into his upper register during each chorus, the effect is Stapleton-sized"

Austin Jenckes was born and raised outside of Seattle in the small town of Duvall, Washington. He relocated to Nashville, Tennessee in January of 2012 and now calls Nashville home with his wife, Brittany, and their one-year-old daughter. Stylistically, his music makes you long for a simpler time when the world moved a little slower and things felt a bit more pure. Austin is a man made for the stage. Whether he's sitting on a bar stool in the Georgia Theatre in Athens, Georgia performing for 1,000 people by himself or back in the Northwest playing with a full band. His shows are captivating, inspiring and leave those that know him feeling like they are witnessing one of the true under-the-radar talents. His single "Same Beer Different Day" released in August 2017 reached over 1 million streams on Spotify & Rolling Stone Country named him one of their "10 Artists You Need To Know" in January 2018.