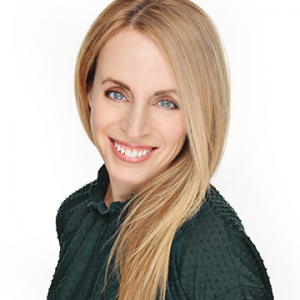 A native of Pittsburg, Kansas, Schott's songs have been recorded by Tim McGraw, Rascal Flatts, Eli Young Band, Pam Tillis, Francesca Battistelli, Mickey Guyton, Jana Kramer and many others. Jenn co-wrote Mickey Guyton’s debut single, “Better Than You Left Me,” which was named one of Billboard’s 10 Best Country Songs of 2015. She also penned the title track of Tim McGraw’s Grammy-nominated album, “Two Lanes of Freedom,” which was the namesake of McGraw’s 2013 summer tour. Jenn has already celebrated monumental success in 2020 with the release of Tim McGraw's "7500 OBO," Rascal Flatts "Feel It In The Morning," & LJ's "Preachin". Schott has not only established herself as a great global songwriter but also as a respected industry advocate serving as a board member of the Nashville Songwriters Association International and alumni of Leadership Music.

"Jenn's songwriting has a depth and humility to it that will stand the test of time. Her talent, character and work ethic will continue to bring her success and we couldn't be more thrilled to represent her," said Jeremy Stover, President/Owner, RED Creative Group.

“I have so much respect for what Jeremy and Brooke have built at RED, and I’m so honored to be joining their team in partnership with Anthem. I’m grateful to both companies for their belief in me and can’t wait to see what we'll accomplish together,” states Schott.

About RED Creative Group:
RED Creative Group is a leading independent music publisher for artist, producer and songwriter development. Acclaimed producer/songwriter, Jeremy Stover, launched RED in late 2014. Since inception RED Creative has celebrated chart topping singles by artists such as Tim McGraw, Dan + Shay, Justin Moore, Brett Young, and RED’s own Travis Denning. The RED Creative office, in Nashville’s vibrant Berry Hill area, is a welcoming creative space for its roster that includes the talents of Travis Denning, Adam Hambrick, Jeremy Stover, Kelly Archer, Nathan Spicer, LJ, and Baker Grissom. RED Creative has established itself, not only as a successful independent music publisher, but also as a leader in the area of artist development, resulting in major label record deals for both artists Travis Denning and Adam Hambrick. For more information, visit redcreativegroup.com

About Anthem Music Publishing:
Anthem Music Publishing works with new and established songwriters and composers to create hit songs, nurture their talent by creating co-writes and other collaborations, as well as seeking opportunities for their songs and catalogs to be placed with recording artists, TV & film, video games and advertisements. A division of Anthem Entertainment, one of the world’s leading independent music and entertainment content and services companies, Anthem Music Publishing has offices in Nashville, Toronto and LA. With an extensive global collection network, Anthem collaborates across label, creative, sync & licensing, digital services and administration teams to develop, monetize and protect songwriters, composers, film & television clients and catalogs. For a list of Anthem Music Publishing’s roster and more information, visit anthementertainment.com/musicpublishing