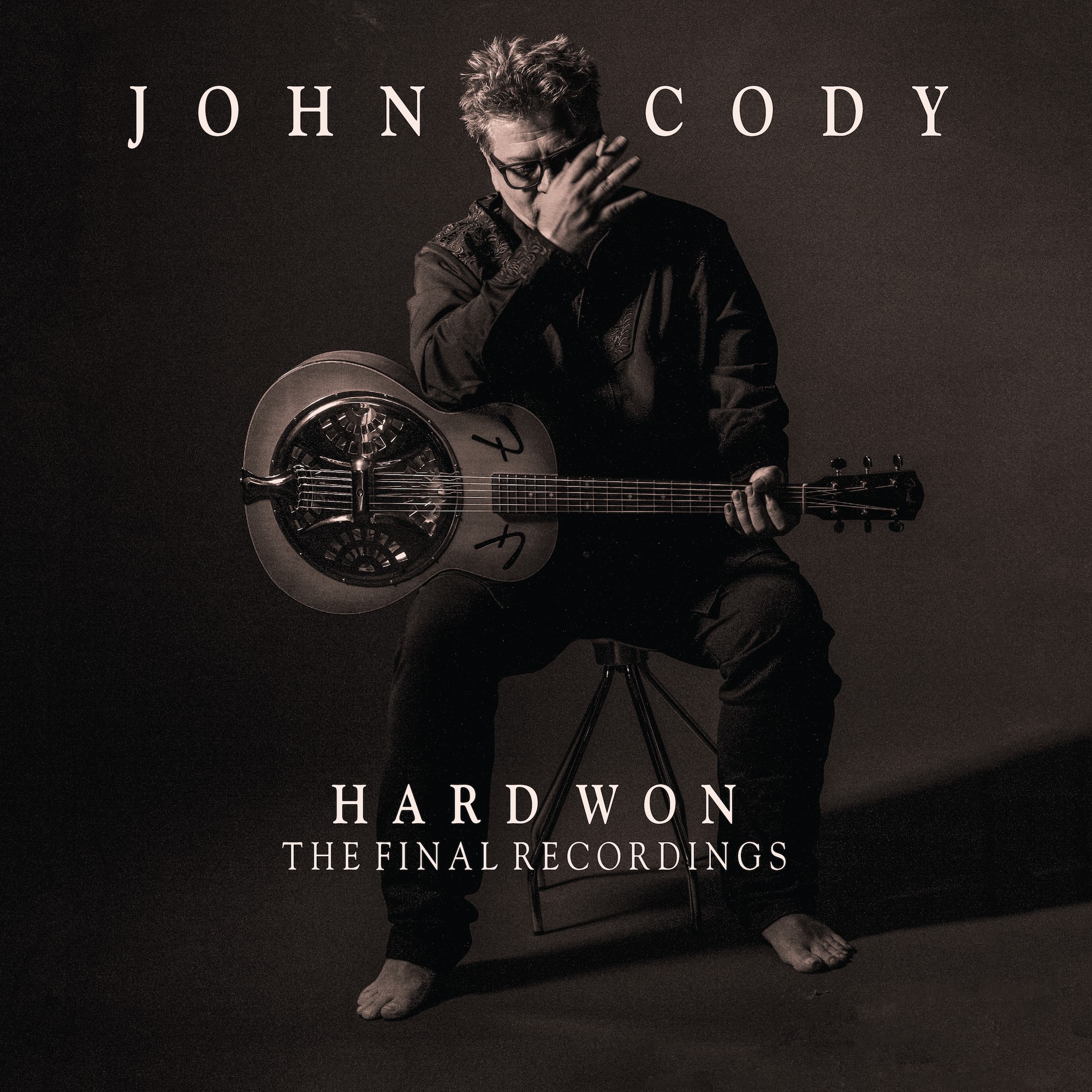 "For me, this record was about being able to make my last statement. It's a chance to say thank you to the incredible artists I've worked with over the years, my friends, supporters, and fans," said Cody. "From recording the first song to the day I completed the album, it reflects the arc of my career."

"It has been an incredible honour for the ole team to be a part of this project and work with John on this release. This album was something that personally resonated with me," said Tracey Singer, Senior Director, ole Label Group. "We look forward to sharing his story and music with the world."

For Cody, recording Hard Won: The Final Recordings was a race against time. In May 2016, he was told his larynx was laced with cancer and would have to be removed within weeks. Rather than resign to bed rest, Cody pushed the operation to finish his final vocals. When ole, founder and CEO Robert Ott heard Cody's work and story, Ott was moved and offered to finish Hard Won: The Final Recordings through ole's red dot label. The resulting work is both personal and relatable as Cody poetically chronicles his own truth. Cody says this is his last album as the surgery impaired his voice, for both singing and speaking.

Hard Won: The Final Recordings would not have been made possible without the support of ole red dot, Slaight Music and the generous contributors through crowdfunding efforts.

1. Is It Freedom In A Cage
2. The Devil's Radio
3. It's Not Bound To Calm Down
4. The Road Is Long
5. Cheers (Thanks A Lot) feat. Jennifer Warnes
6. You You You feat. Damhnait Doyle
7. Sweet Mercies
8. Little Red Corvette - Written by Prince (Live at the Phoenix Concert Theatre in Toronto, Ontario)
9. It's Not That Hard feat. Kamasi Washington
10. When Something Is Wrong With You Something Is Wrong With Me feat. Kate Markowitz
11. Solidarity feat. Greg Leisz
12. Hallelujah feat. Lionel Cole - Written by Leonard Cohen
13. Back To California feat. Hugh Marsh
14. The Groom's Still Waiting At The Altar feat. Tom Cochrane, Lisa Stone and Joey Landreth, and Damhnait Doyle - Written by Bob Dylan
15. I Am An Open Door (dedicated to Eva Batalla-Mann) feat. Perla Batalla
16. Cut To The Bone feat. Perla Batalla, Kate Markowitz, and Greg Leisz