TORONTO, ONTARIO–(Marketwired – July 27, 2015) – Editors Note: There is a photo associated with this press release. ole and ole current songwriters Gord Bamford, George Canyon, Jordan McIntosh, and Lindi Ortega, as well as legacy writers Jeff Coplan and Dean Brody are set for another strong showing at the 2015 Canadian Country Music Awards after receiving a total of 16 nominations. In addition, ole co-founder, Chairman & CEO Robert Ott will receive the 2015 Leonard T. Rambeau International Award. This CCMA Award of Achievement recognizes an individual who has demonstrated extraordinary effort in assisting the aims and initiatives of the Canadian country music industry internationally. ole itself was nominated for the Music Publishing Company of the Year Award, giving it the chance to add to its unprecedented eight wins, the most for an independent company and the longest winning streak for any publisher. ole songwriter Gord Bamford also racked up an impressive six nominations in top categories such as Male Artist of the Year, Single of the Year, Songwriter of the Year, Video of the Year, and Record Producer of the Year. He will also compete for the 2015 Fans’ Choice Award, with voting open now here. Other notable nominations for ole songwriters include Lindi Ortega for Roots Artist of the Year, Jordan McIntosh for Rising Star, legacy ole-Roots Three songwriter Jeff Coplan for Record Producer of the Year, and ole-Roots Three legacy songwriter Dean Brody’s “Another Man’s Gold” for Single of the Year. In addition, three albums featuring songs published by ole – 5:01 by Tim Hicks, Gypsy Road by Dean Brody, and Lifted by Dallas Smith – were nominated for Album of the Year, and ole songwriter George Canyon is nominated for Country Music Program or Special of the Year for Down East Country with George Canyon. “ole is very pleased to have been recognized by the CCMA once again,” said Robert Ott, Chairman and CEO of ole, “and we congratulate our songwriters, artists and business partners on their nominations.” A full list of nominations for ole and ole-affiliated songwriters, tracks, albums, and more can be found below. The winners will be announced September 13th during a live broadcast of the awards ceremony on CBC-TV. During Canadian Country Music Week leading in to the awards, ole will be continuing its CCMA tradition of bringing the ole bus for Songshop, where its Nashville A&R team will meet with Canadian artists to help them find their next hit single. The 2015 Leonard T. Rambeau International Award will be presented to Ott during a private industry event during the week. MUSIC PUBLISHING COMPANY OF THE YEAR ole FAN’S CHOICE AWARD Gord Bamford MALE ARTIST OF THE YEAR Gord Bamford SINGLE OF THE YEAR “Where a Farm Used to Be” – Gord Bamford “Another Man’s Gold” – Dean Brody VIDEO OF THE YEAR “Where a Farm Used to Be” – Gord Bamford SONGWRITER OF THE YEAR Gord Bamford – “Where a Farm Used to Be” RECORD PRODUCER OF THE YEAR Gord Bamford Jeff Coplan VIDEO DIRECTOR OF THE YEAR “Where a Farm Used to Be” – Gord Bamford – directed by Harv Glazer ALBUM OF THE YEAR 5:01 – Tim Hicks (Jeff Coplan, writer on “Calling all Trucks”; Bruce Wallace, writer on “Dust and Bone” and “My Baby”) Gypsy Road – Dean Brody (Brett Jones, writer on “I Wanna Be a Hillbilly”; Dean Brody, writer of “Sweet Lola”) Lifted – Dallas Smith (Jeremy Stover, writer on “Lifted”) RISING STAR Jordan McIntosh ROOTS ARTIST OF THE YEAR Lindi Ortega COUNTRY MUSIC PROGRAM OR SPECIAL OF THE YEAR Down East Country with George Canyon 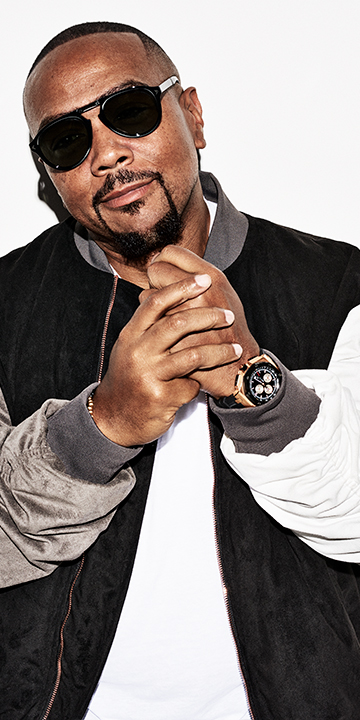 TORONTO, ONTARIO–(Marketwired – July 29, 2015) – ole, the world’s fastest growing independent rights management company, has expanded its deal with renowned GRAMMY Award-winning super-producer, songwriter, and solo artist Timbaland from administration to a worldwide co-publishing agreement. Timbaland and ole began working together in 2012, and the relationship has progressively expanded to include not only Tim’s ever-growing […]

TORONTO, ONTARIO--(Marketwired - July 29, 2015) - ole, the world's fastest growing independent rights management company, has expanded its deal with renowned GRAMMY Award-winning super-producer, songwriter, and solo artist Timbaland from administration to a worldwide co-publishing agreement. Timbaland and ole began working together in 2012, and the relationship has progressively expanded to include not only Tim's ever-growing catalog of hits but also an expanding roster of new songwriting talent through the ole-Bluestone publishing co-venture.

The co-venture was launched in 2013 to discover and develop new songwriters. So far, the partnership has signed rapper and songwriter Garland "Sebastian" Mosley, who shares co-writing credits on Justin Timberlake's hit track "Mirrors," and David Bratton, the songwriter behind the 2014 gospel hit "Every Praise," as well as alternative rock band OK Mayday, hip-hop/R&B producer/songwriter Maurice "Velly" Conaway, and rapper Justin "Capo" Andrews.

Timbaland has three GRAMMY Awards to his credit, including Best R&B Song two years running for Beyoncé's "Drunk in Love" featuring Jay Z and Justin Timberlake's "Pusher Love Girl," as well as multiple recent ASCAP awards, including the 2015 ASCAP Rhythm & Soul Songwriter of the Year Award with co-writes on Beyoncé's smashes "Drunk in Love" and "Partition" as well as Jay Z featuring Beyoncé's "Part II (On the Run)," and Jay Z's "Tom Ford." While Timbaland has never been more in demand as a producer, writer, and artist with multiple collaborations and a new solo album about to pop, he has also expanded his focus in the past year to take on the role of Executive Music Producer of the hit FOX-TV show Empire.

"Timbaland has influenced and shaped an entire era of music, and we welcome this expansion of our successful relationship," said Robert Ott, Chairman and CEO of ole. "From both a music and business vantage point, we look forward to growing with him. We will work to bring Timbaland's music to an even wider audience while helping to develop the writers and artists he discovers via our ole-Bluestone venture."

"ole has been great to work with, and it only made sense to further our partnership," said Timbaland.

As a solo artist, Timbaland reached the Top 5 of the Billboard 200 chart with his Platinum-selling album Shock Value, which included the Billboard Hot 100 chart-topper "Give It to Me" featuring Nelly Furtado and Justin Timberlake as well as "Apologize (Remix)" featuring OneRepublic and "The Way I Are" featuring Keri Hilson, which reached #2 and #3 on the chart, respectively. His followup, Shock Value II, featured three Top 40 singles. His next album, Opera Noir, is slated for release in 2015.